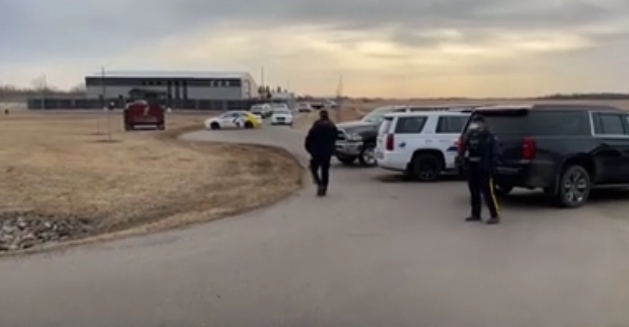 EDMONTON: The Justice Centre for Constitutional Freedoms is disappointed with today’s ruling from the Provincial Court of Alberta in the ongoing trial of Pastor James Coates, of GraceLife Church. Judge Robert Shaigec delivered an oral ruling this morning rejecting Pastor Coates’ arguments that the Public Health Act Ticket he received on December 20, 2020, for holding church services as normal, violated multiple Charter rights.

“The judge thought the restrictions were reasonable, which is not the proper legal test at this stage. Whether restrictions are reasonable should only be considered later, after the government has finally produced medical and scientific evidence to try to justify its restrictions on Charter freedoms,” continues Carpay.

“An appeal of this decision is being considered, based on serious errors in law.”

While acknowledging “the sincerity of Pastor Coates religious convictions,” Judge Shaigec decided that the Pastor’s Charter right to freedom of religion had to be “reasonably threatened in more than an insubstantial way and only after competing interests are weighed.” Judge Shaigec further stated his view that, “Freedom of religion is subject to such limitations to protect public health and safety” and he focused on whether “enforcement” of public health laws and government “conduct” violated Pastor Coates’ religious freedom.

The first portion of Pastor Coates’ trial proceeded for two days on May 3-4, 2021, in Provincial Court in Edmonton. The remaining portion of the trial, which involves a challenge to the public health orders issued by Dr. Deena Hinshaw and would normally have coincided with the first part of the trial, was permitted by the court to be adjourned because government lawyers were not yet prepared to present any medical or scientific evidence. Pastor Coates’ Charter challenge to the constitutionality and legality of Dr. Deena Hinshaw’s lockdown restrictions will be heard by the Court at an unknown later date, perhaps in Fall 2021. Government lawyers have still not provided any court in Alberta with scientific evidence in support of public health orders that have now been in place for 15 months.

Before the trial, Judge Shaigec decided that up to 1,000 people would be permitted to attend the first trial through the court’s virtual software. However, the Court then decided that those people were only able to hear the trial, and not be able to watch it. There was no video feed. The Judge’s Decision followed a request by the government prosecution lawyer that the trial not be viewable virtually. The prosecution lawyer did not want any images or video stream of her to be viewable during the trial. The Court additionally granted the prosecutor’s request that her name not be used during the trial.

Pastor Coates and GraceLife Church, near Stony Plain, Alberta, are charged with violating the Public Health Act for having held normal church services, which were commenced after many months of lockdown restrictions. Pastor Coates spent one month and six days in jail before his release on March 22, 2021 because he would not sign an agreement to stop pastoring his church according to the congregation’s beliefs. The GraceLife Church building has been seized and barricaded by the government since April 7, 2021 such that the congregants have gathered for worship at secret locations these past two months.

Representing Pastor Coates and GraceLife Church, the Justice Centre argued at the May 3-4 trial that Pastor Coates’ Charter rights and freedoms have been violated, and that the Court should therefore throw out the Public Health Act charge against Pastor Coates.

However, the Provincial Court Judge ruling on Pastor Coates’ trial dismissed the argument that Pastor Coates’ freedom of religion was violated by the ticket he received for holding a regular church service and rejected out of hand arguments that his freedom of expression and freedom of peaceful assembly were violated.

Judge Shaigec also ruled that even though Pastor Coates spent 35 days in jail because his release condition required him to violate his conscience and religious beliefs, his right to liberty was not violated, stating he could have been released on “a single condition he comply with the law”, referring to public health orders.

“The Canadian Charter of Rights and Freedoms requires governments to justify demonstrably – with compelling evidence – any law, policy or health order that violates any of our fundamental freedoms to move, travel, associate, worship, assemble, and express ourselves. This very basic constitutional requirement has been ignored completely by governments at every level in the past 14 months. Unfortunately, the courts have permitted the government to delay facing accountability in regard to Charter violations,” states lawyer Mr. Carpay.

“The government has now had 15 months to assemble proper medical and scientific evidence to justify lockdowns and the resulting violations of our fundamental Charter freedoms. Yet the government cannot or will not put that evidence before the courts. But, somehow, the Alberta government would have us believe that it has enough medical and scientific evidence to shut down hundreds of small businesses, pushing many of them into bankruptcy, and to cancel over 20,000 medically necessary surgeries, and to force Albertans into a third lockdown as of yesterday, with its resulting harms of unemployment, poverty and despair,” continues Carpay.

“The Charter requires Canada’s federal and provincial governments to support and justify restrictions on Charter freedoms whether a court challenge to those restrictions exists or not. The inability or unwillingness of the Alberta government to present medical and scientific evidence at this May 3 trial suggests that lockdown restrictions since March of 2020 are based purely on speculation, not science. If these measures were based on evidence, the government would be able to produce that evidence in court, after almost 14 months of lockdown restrictions,” concludes Carpay.