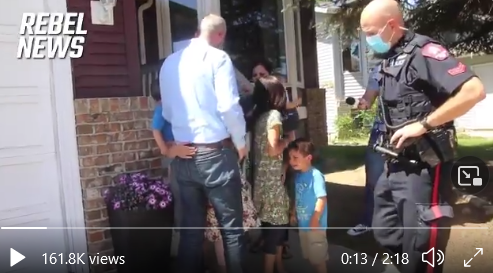 “It is our position that AHS is engaged in an intentional act of public deception and abuse of authority in arresting Pastor Stephens and others. Further, it appears that Premier Kenney’s Government is targeting its enemies, those who are speaking out against lockdown restrictions and for Charter freedoms.”
— Jay Cameron, Justice Centre Litigation Director

CALGARY: The Justice Centre for Constitutional Freedoms continues to represent pastor Tim Stephens after he was again arrested illegally on Monday, June 14 at his home in Calgary. This is the second time Pastor Stephens has been arrested for leading Fairview Baptist Church in regular worship services.

Fairview Baptist held an outdoor church worship service on Sunday, June 13 in Calgary. This was the second Sunday in a row that Fairview Baptist congregants were forced to worship outdoors because AHS locked them out of their building.

On the afternoon of Monday, June 14, the Calgary Police Service (CPS) arrived at Pastor Stephens’ house and arrested him in front of his wife and eight distraught children. A video of the arrest is available on Twitter, showing Pastor Stephens being hauled away by CPS as his eight children and his wife weep in the driveway of their Calgary home. Pastor Stephens is seen reaching through the bars of the police cruiser to touch hands with his horrified children before being taken away.

The most recent arrest of Pastor Stephens relates to an alleged incident on June 6, 2021 in Calgary. Pastor Stephens is alleged to have been conducting an outdoor church service with about 200 congregants of Fairview Baptist church. A police helicopter was deployed to search for and detect this gathering, and to collect evidence against Pastor Stephens of non-compliance with public health restrictions. The Pastor is now charged with an offence under s.127 of the Criminal Code of Canada, alleging failure or refusal to comply with a Court Order.

Pastor Stephens is currently at the Calgary Remand Centre and the next court hearing takes place on June 28, 2021. Pastor Stephens has been ticketed several times for allegedly breaching Dr. Deena Hinshaw’s public health orders. The Justice Centre is representing Pastor Stephens regarding those tickets and intends to argue that they must all be thrown out because of the unlawful arrest of Pastor Stephens on May 16, which breached several of his Charter rights.

“The May 13 court order does not apply to the public broadly and it is our position that AHS is engaged in an intentional act of public deception and abuse of authority in arresting Pastor Stephens and others. Further, it appears that Premier Kenney’s government is targeting its enemies, those who are speaking out against lockdown restrictions and for Charter freedoms,” states lawyer Jay Cameron, Litigation Director at the Justice Centre.

“Locking out Fairview Baptist congregants and arresting Pastor Tim Stephens has everything to do with punishing dissent, and nothing to do with public safety. Just yesterday, UCP MLA for Lac Ste. Anne – Parkland, Shane Clayton Getson, was photographed at an event, Air Tour 2021, with at least a dozen people pictured not wearing masks or social distancing at Villeneuve Airport,” notes Mr. Cameron. 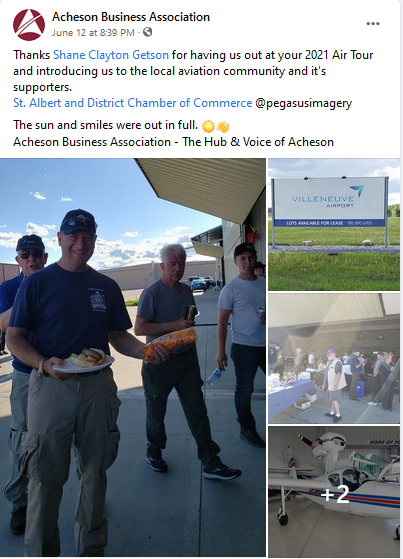 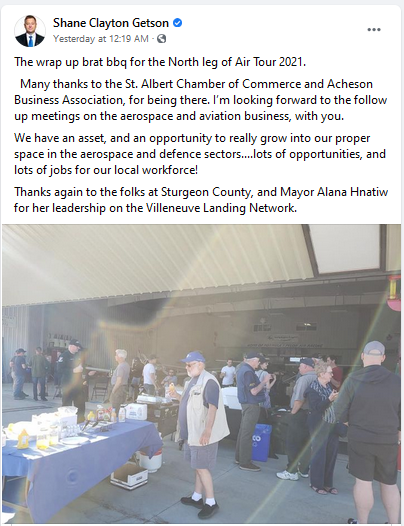 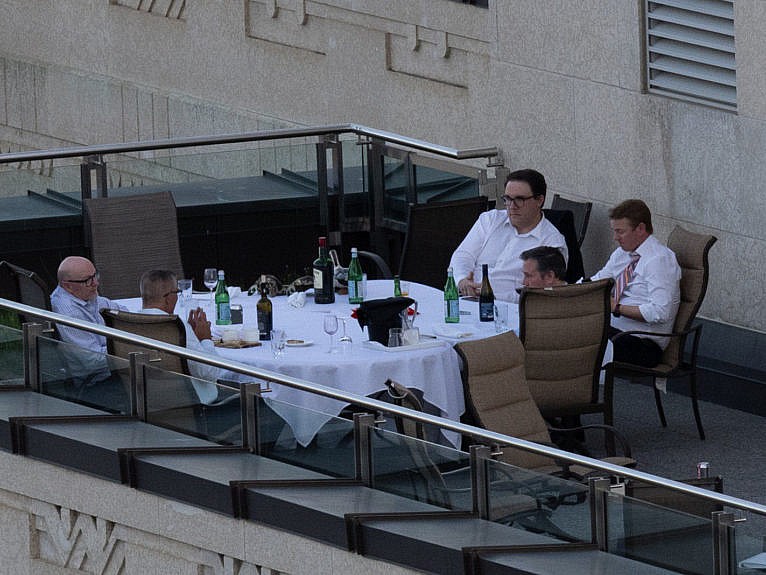 “The Premier wines and dines his ministers at the Sky Palace with impunity, but church congregants cannot peacefully gather to pray together and worship on their own property in accordance with their conscience and in exercise of their constitutional freedoms.”

“In two weeks, literally tens of thousands of people will gather in Calgary for a massive rodeo party, but Tim Stephens cannot lead his congregation in worship because Premier Kenney believes this to be too dangerous,” continues Mr. Cameron.

“The province is supposed to be fully opening in less than two weeks and yet AHS is leading the charge to lock up Christian pastors, and anyone else who criticizes Alberta’s thin-skinned health tyrants,” concludes Mr. Cameron.

Pastor Stephens was previously arrested and jailed after leading a church service at Fairview Baptist on Sunday, May 16, on the basis of a May 6 court injunction issued against Whistle Stop Café in Mirror, Alberta, in a secret court proceeding. Pastor Stephens was in jail for three days.

The May 6 injunction was worded such that it applied not only to Whistle Stop Café and certain activists, but to every Albertan having notice of this May 6 injunction. AHS was thrilled, boasting in a May 6 news release that it “sought and received a court order against all other organizers of advertised illegal gatherings and rallies breaching COVID-19 public health orders.” Suddenly, Albertans gathering outdoors in numbers larger than five could be locked up in jail immediately, without any ability to defend themselves against unconstitutional health orders.

On May 13, 2021, the Justice Centre applied in court to amend the AHS injunction, such that it would no longer apply to every Albertan. Lawyers for AHS, knowing that their May 6 injunction was contrary to numerous and very clear court rulings that limit injunctions only to named parties, consented to this change, in court, on the record, with media present. The judge amended the injunction shortly after 10:00 a.m. on May 13. From that moment onward, it applied only to Whistle Stop and associated activists, not to every Albertan.

The Justice Centre informed the court and AHS of the lack of service upon Pastor Stephens, at which point AHS dropped the case against Pastor Stephens.

More significantly, even if Pastor Stephens had been served properly with the May 13 Order, his arrest on May 16 would still have been illegal, because the May 13 Order does not apply to him. The May 13 court order only applies to Whistle Stop Café, Chris Scott, and Glen Carritt, and individuals operating in concert with or under the direction of these individuals. Tim Stephens does not know Chris Scott and has never spoken to him.

Pastor Stephens has been ticketed several times for allegedly breaching Dr. Deena Hinshaw’s public health orders. The Justice Centre is representing Pastor Stephens regarding those tickets and intends to argue that they must all be thrown out because of the unlawful arrest of Pastor Stephens on May 16, which breached several of his Charter rights.

At the trial of Pastor James Coates in May 2021, the Alberta Government, after more than 13 months of imposing lockdowns, was unwilling or unable to produce any evidence in court to justify its violations of Charter freedoms. In a different court action filed in December of 2020, the Alberta Government persuaded the court to give it until July of 2021 to produce evidence to justify lockdowns.