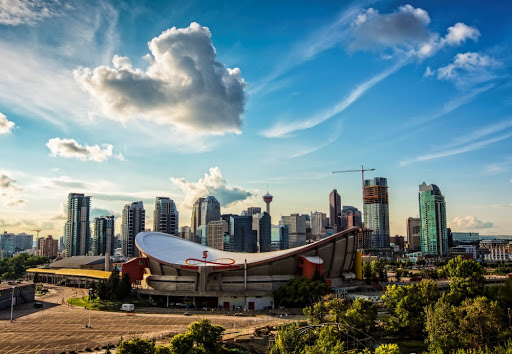 The Justice Centre is pleased that the City of Calgary has withdrawn a ticket issued to Levi Almond, who was peacefully exercising his freedom of expression near an LRT station.

On May 8, 2019, a group of like-minded individuals were peacefully expressing their Christian beliefs on a public walkway near the Brentwood LRT station. Some members of the group only spoke with passersby, while others handed out pamphlets that communicate Christian messages.
Calgary Transit received complaints from individuals who claimed that members of the group were “harassing” transit users.  Calgary Transit officials came to the Brentwood station in response. Incorrectly believing members of the group had been there the day before and had been warned, the officials issued a ticket to Mr. Almond and others for distributing printed material without the consent of the Calgary Transit Director. The officials cited Calgary City Bylaw 4M81 s. 14(11), which states:

(11) (a) No person other than an employee of Calgary Transit shall distribute, sell or offer for sale any newspaper, printed matter or any other kind of merchandise whatsoever on a transit vehicle or transit property without being in possession of the consent in writing of the Director, Calgary Transit.

The Justice Centre committed to challenging both Mr. Almond’s ticket and the constitutional validity of the Bylaw in court.  In a free society, the government does not require citizens to obtain the prior approval of government officials of the contents of literature that citizens want to distribute.  Rather, citizens can say and write what they choose to, without prior approval.

Nearly identical bylaws have been ruled unconstitutional by the Supreme Court of Canada.  For example, the 1950s case of Saumur v. Quebec involved a municipal bylaw that required citizens to obtain the permission of the chief of police prior to distributing literature.  This Quebec City bylaw targeted Jehovah’s Witnesses, and was struck down by the Court. More recently, in the case of Committee for the Commonwealth of Canada v. Canada, the Supreme Court stated:

If members of the public had no right whatsoever to distribute leaflets or engage in other expressive activity on government-owned property (except with permission), then there would be little if any opportunity to exercise their rights of freedom of expression. Only those with enough wealth to own land, or mass media facilities (whose ownership is largely concentrated), would be able to engage in free expression. This would subvert achievement of the Charter’s basic purpose as identified by this Court, i.e., the free exchange of ideas, open debate of public affairs, the effective working of democratic institutions and the pursuit of knowledge and truth.

This was an unjustifiable limitation of Mr. Almond’s freedom of expression, to be prohibited from distributing written material without the consent of the Director of Calgary Transit. It was also a limitation of his freedom of religion.

The City withdrew its ticket against Mr. Almond in July.

We are pleased that the City of Calgary—eventually—did the right thing by reversing course as the Charter requires them to.