A new video released this week by the Justice Centre for Constitutional Freedoms is highlighting some of the most outrageous cases of campus censorship in Canada. 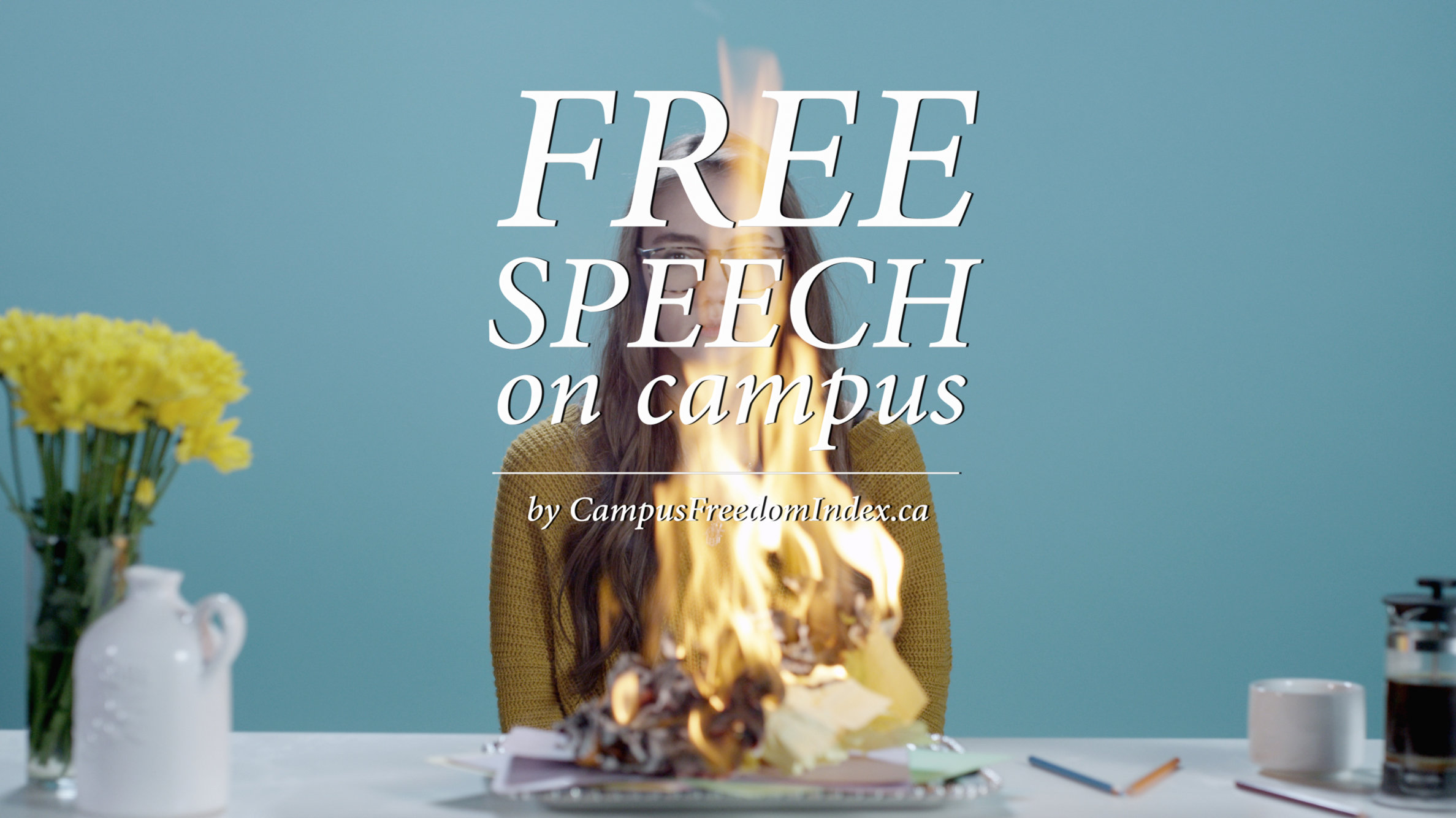 In this video, the Justice Centre asks students to respond to past cases of censorship documented by its report on free speech at public universities, the Campus Freedom Index. The students’ reactions reflect the degree to which universities and student unions are over-reaching in their attempts to silence controversial or unpopular viewpoints on campus, and the danger this poses for society.

Pulled from the Saint Mary’s report at CampusFreedomIndex.ca: In September of 2012, SMUSA [Saint Mary’s University Student Association] did not allow the registered student group, SMUdent Gaming Society, to advertise their upcoming social event because of the image of a pistol contained on the advertisement poster. The poster, which was designed to attract new students who enjoyed gaming to join the society, contained images of a Nintendo game controller, as well as a Zapper, a gray-and-red electronic pistol that came with the 1985 Nintendo Entertainment System. SMUSA executive Michael MacDonnell explained the student union’s decision to censor the poster:
What we have to remember here is that a picture speaks 1,000 words, it crosses all language barriers. And, that being said, a picture depicting or making light of gun violence is something that we as an association are not willing to endorse.
MacDonnell further commented that, “We, as SMUSA, the students association here, have a responsibility to our students as well as our societies to ensure that everything remains tasteful and appropriate.”

Pulled from the McGill report at CampusFreedomIndex.ca: In October of 2013, SSMU Vice President Internal Brian Farnan sent out an electronic message, “Honestly midterms get out of here,” that included a link to a viral political satire video that had been doctored to portray U.S. President Barack Obama kicking open a door on the way out of a news conference.  The email triggered a complaint to the SSMU Equity Committee.  On December 5, 2013, SSMU Council approved a motion ordering that Farnan apologize to McGill students and undergo racial sensitivity training.  Joey Shea, Vice President University Affairs for SSMU, defended the decision saying “[the] fact that a complaint did come forward does prove that someone was harmed and did feel harm, and I think that there should be more apologies in society generally.”

After much backlash and national media attention, in March of 2014, SSMU council rescinded its motion against Farnan, although Farnan had already followed through with his apology and sensitivity training by then.

Pulled from the Waterloo report at CampusFreedomIndex.ca: Conservative MP Stephen Woodworth was invited to speak at the University of Waterloo on March 13, 2013, about his Motion 312 in Parliament, calling for a re-examination of the 400-year-old definition of a human being in the Criminal Code of Canada.  He only got through a third of his presentation before loud chanting and yelling, some by characters in costumes, prevented him from being heard any further. UW campus security was present but refused to take any kind of action to uphold the rights of Mr. Woodworth to express his views, and allowed protesters to shut down the event.

About The Campus Freedom Index

CampusFreedomIndex.ca includes the data for all 60 universities and student unions surveyed. Users can quickly find and share information on the state of free speech at their campus. They can compare their rankings with other universities across the country and better understand why their school got the grades it did. CampusFreedomIndex.ca also enables students, professors and concerned citizens to take action and fight back against campus censorship.