CALGARY: The Justice Centre for Constitutional Freedoms (JCCF.ca) has secured a victory for free expression in public parks, after the City of Calgary reversed its denial of a permit for event space for a pro-life display.

Colette Schouten is a Calgary mother concerned about the lack of any laws in Canada protecting the unborn.  She wanted to raise awareness about abortion in Canada and sought to set up a public display, provided by the national awareness group We Need a Law.  The display consisted of 10,000 small pink and blue flags, and volunteers would be present to engage with passersby on the subject of pre-born human rights.

Ms. Schouten submitted an application to the City of Calgary on June 20, 2016, to have a display in the triangle green space of Eau Claire Park.

On August 11, 2016, the City denied Ms. Schouten’s application, stating in an email that the City “places priority” on events with “a recreational, cultural, environmental or community wellness mandate”.   The City’s denial of Ms. Schouten’s event application was based on its Special Events Guidelines, which states, in part:

The City of Calgary places priority on requests for parks space for special events which are open to the public and which have a recreational, cultural, environmental or community wellness mandate. Private functions, commercial functions and/or events that are primarily religious or political in nature may be considered on a case by case basis. [emphasis added] 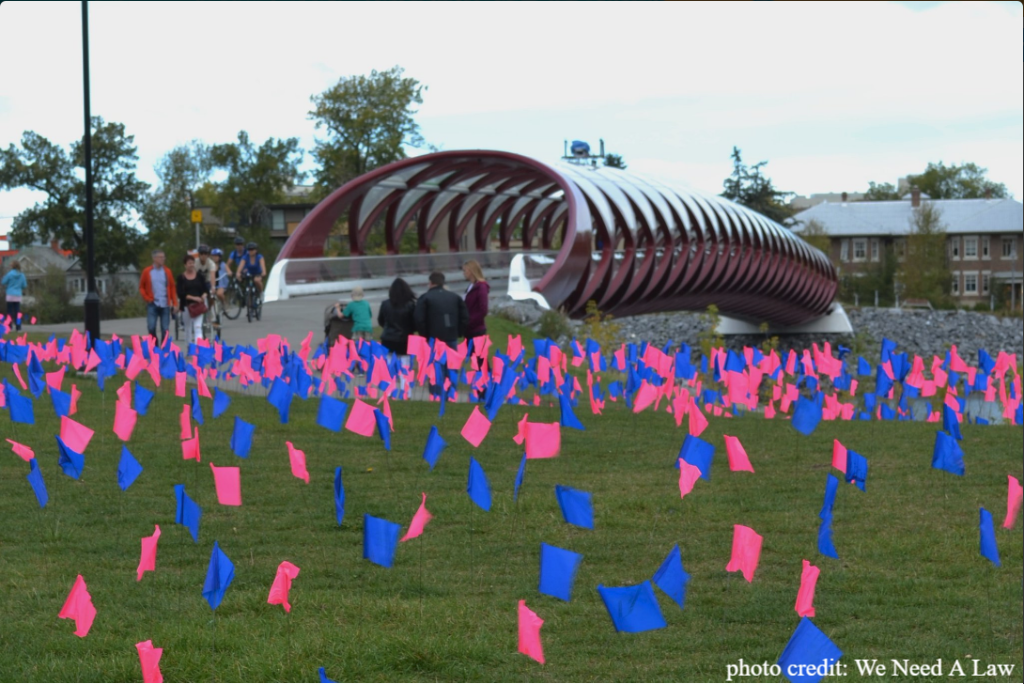 The Justice Centre sent a letter to the City of Calgary on August 19 explaining how freedom of expression applies in city parks and demanding that the City reverse its denial of Ms. Schouten’s application.  In response to the Justice Centre’s demand letter, the City reversed the denial and granted Ms. Schouten a permit to set up the display on the same date she originally sought and in the same location she originally desired.    On Saturday, September 10, Ms. Schouten and a large number of volunteers set up the display and communicated their message to the public without incident.

“The City’s denial of Ms. Schouten’s application was based on a City policy that discriminates against citizens seeking to express political or religious views in City parks,” stated Justice Centre lawyer Marty Moore, who acted as counsel to Ms. Schouten. “The City’s policy, and their denial of the application, violates the freedom of expression guaranteed by section 2(b) of the Canadian Charter of Rights and Freedoms.”

Concerning the reversal and eventual approval of her event application, Ms. Schouten stated: “In order to raise public awareness with the display, it was very important to get permission to use space in a public park, just as many other groups do.”