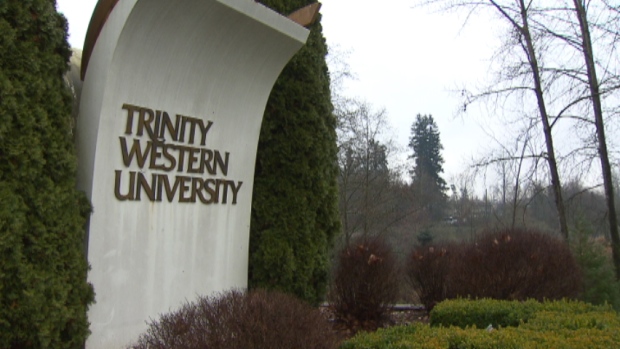 The Justice Centre has been granted intervener status in three different court actions which will impact the freedom of all Canadians to create, join and maintain the voluntary associations of their own choosing.

On Tuesday, June 2, the Justice Centre presented oral argument in defence of freedom of association in Toronto, in Trinity Western University v. Law Society of Upper Canada.  Toronto lawyer and Justice Centre Board member Daniel Santoro argued before a three-judge panel of the Ontario Superior Court of Justice.

The law societies of B.C., Ontario and Nova Scotia have ruled against recognizing the law school of Trinity Western University (TWU), a private Evangelical Christian university in Langley, B.C.

The Federation of Law Societies of Canada has approved the law program of TWU as meeting academic and professional standards.  The three law societies admit there is nothing wrong with TWU’s law program, but claim that TWU’s Community Covenant discriminates against the LGBTQ+ community.  The Community Covenant prohibits numerous legal activities such as vulgar or obscene language, drunkenness, viewing pornography, gossip, and sexual activity outside of the marriage of one man and one woman.  TWU’s expectations discriminate against the majority of Canadians, for a myriad of reasons, all of which boil down to an unwillingness to practice an Evangelical Christian lifestyle.

In all three court actions, the Justice Centre argues for the Charter section 2(d) right to freedom of association, including the right of every charity, temple, church, ethnic and cultural association, sports club, and political group to establish its own rules and membership requirements.